The Bigger, The Better in Monaco 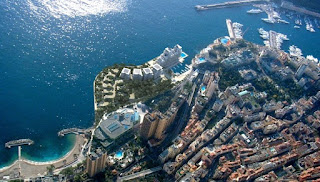 You’ve got to hand it to Monaco, besides being the second smallest country in the world and one of the richest. It definitely puts thoughts and words into action.

One in every third resident is a millionaire, lured to the area by its lenient fiscal policy where income tax was abolished in 1869 along with the principality being one of the most secure and safest places on earth.

Monaco has a population of just over 38,000 residents that all live within an area of less than one square mile of land (2.02 square kilometers), a rate of practically 0% unemployment and daily an additional 40,000 people come in from neighboring France and Italy as a strong part of the work force. 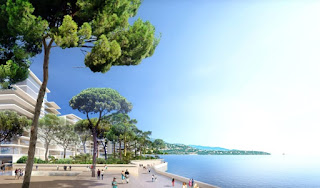 Needless to say, housing is at a long time premium in terms of requirements and price so as in past decades, Monaco is once again looking at the sea. 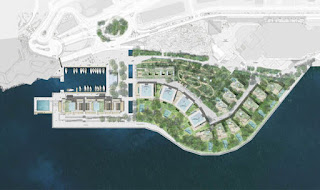 Bit by bit since the 19th century, Monaco has gained an additional 100 acres which accounts for 20% of its territory.

Development options over the last few years have come across the table in deciding where and how much of an extension can be done with some fascinating designs available to be seen publicly in an exchange of ideas.

In the past number of months, the approved construction has begun near the Grimaldi Forum to extend the natural contour of Monaco’s coastline a further 15 acres into the waters of the Mediterranean Sea at a cost of 2 billion euros.
The new eco-friendly district once completed in 2025 will be named, Portier Cove. Designed to fit into the current landscape, it will include luxury apartments and villas for up to 1000 residents, an underground parkade able to hold 600 cars with the ground level neighborhood being completely for pedestrians, with commercial areas, public spaces such as a park, a seafront promenade, a 30 yacht port and a small marina. 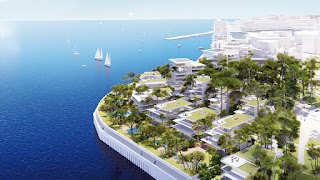 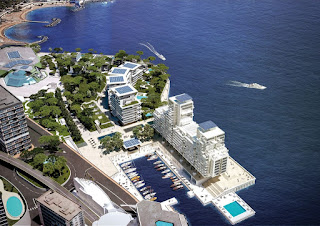 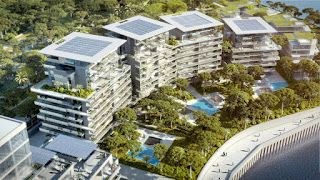 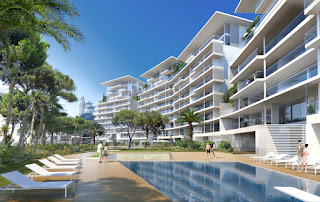 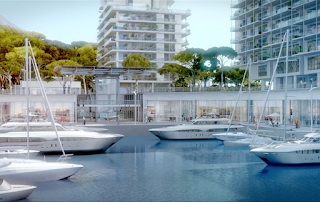 There is a highly ambitious target of sustainability and environment protection that has been in place since the start of this project. Prior to construction, protected plant species in the area were relocated to nearby marine reserves and yet to compensate for the inevitable loss of natural habitats, the construction company, Bouygues, plans to install a wide variety of artificial habitats in horizontal and vertical ecological corridors. Water quality is also continually monitored by a team of independent scientific experts. 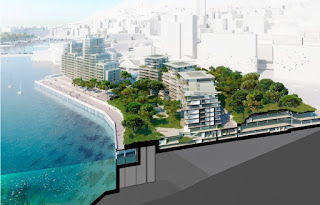 It is intriguing to witness this process come to fruition in the Principality of Monaco with what is sure to be a stunning outcome.


Photo credits: Valode & Pistre
Posted by Jameson Farn at 12:02 AM