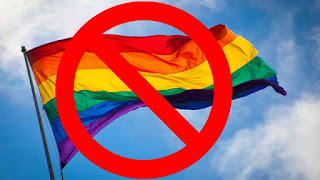 Over this past year, from time to time I would get a notification on my Gay French Riviera Facebook page that an image I used to promote a local LGBT business went against the platforms community standards.

The image, non-sexual (usually of a male with his shirt off) would be removed and I could appeal the decision or accept it. If I accepted the decision my page would usually not be banned from publishing content to promote the region for visitors and locals.

With time though, about every week or two I was getting more frequent notifications that I had again violated Facebook community standards with removals of photos and stronger warnings that I could be banned altogether on Facebook.

The odd thing is, if it was a bot of actual human censor, they were pulling images from my archives from years ago and all of a sudden after almost 10 years of content now it was an issue for them. 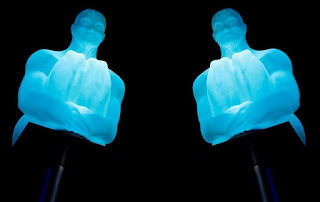 The Gay French Riviera blog was started in February 2011 as a way to showcase not only this region in France but more so to show support and promote the local LGBTQ community to those looking for information on what to see and do if they were thinking of coming to this part of the world for their vacation.

Within months of starting the blog, I was getting 50,000 visitors a month and growing, the numbers after all these years have continued to grow on what has become a fun hobby as I get to meet the most interesting people and businesses to write about for the world to know. 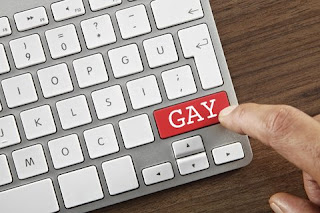 At this time in early 2011 is when the Gay French Riviera Facebook page started so that I could share the blog posts and information about what is happening weekly not only in this area but with other shared information from around France and the world.

At last count, organically the number of ‘likes’ and followers on the Facebook page have grown to 12,627 people who have over time sent messages seeking advice on the region and interest in most everything imaginable. What has been most rewarding though is the people that reach out and thank me for helping them to see more of what the Cote d’Azur is all about past the usual tourism areas leading to more experiences on their holiday. This will always be appreciated in every way.

On the Facebook page, daily content is not only from my blog but from other LGBTQ resources has been shared.

It hasn’t been only about the nightlife but also local hiking trails, the various beaches, Pride events, shopping, museums, safe sex awareness, various cities and villages to visit, etc. 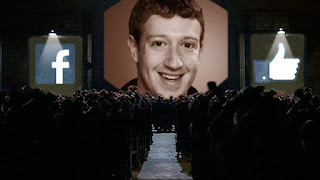 This past Tuesday morning (December 17), I got another notification about a violation on an image from October 2016. This time I chose to appeal the decision so Facebook decided while that is in review not only is the Gay French Riviera page banned from publishing privileges but the same goes for my other actual work pages only stating it’s temporary but it is now at the 50+ hour mark of being unable to post anything.

Frustrated I contacted other support groups online to see how they handled the situation and what could be rectified to no avail. Facebook itself has been absolutely useless in what can be done to make things better so I decided to also contact other LGBT media outlets for feedback.

As of late I have heard back from a number of LGBT media outlets that as it turns out deal with the same situations not only with Facebook but also Google and Apple.

I knew I wasn’t alone in this situation from other articles I read online but it does feel like the LGBTQ community is being specifically targeted when you take into account Facebook still seems to let fake news, political groups spreading lies, photo shopped images and memes of all sorts, blatant nudity and sexual acts, along with stalkers and trolls being allowed to post freely without fear, plus hate crimes, violent images, etc.

Yet a male model in a swimsuit from a boutique or the wrong word being used in the gay community can lead to being banned from the platform.

The media outlets also told me they are being looped into the same group as sex traffickers, they risk getting banned on social media as well, especially with Facebook and now real stories get pushed aside for what is viewed as ‘safe’ for PC culture. I can only imagine how hard it is for them to try and support their businesses this way. 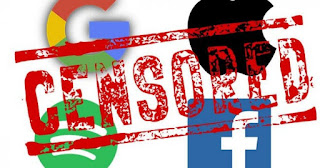 At this time while this ban is still in effect, it sadly means once it is lifted I will unfortunately have to delete the page as I do need Facebook to an extent to promote on my work pages and keep in touch with friends and family but this blog will continue to grow.

If something changes with Facebook that is more positive in the future, the Gay French Riviera page will be back. In the meanwhile I appreciate all of those that continue to read and follow this blog so this and other sources will still be shared on the Gay Riviera Twitter account daily. This has also opened the opportunity to now work as a correspondent with other LGBTQ media outlets to share what is happening locally in France with them to a worldwide audience.

If you are planning on visiting the French Riviera in France and need some travel advice, feel free to connect with me through the blog anytime.

Thank you for the support of the years and have a wonderful Christmas and Happy New Year!
Posted by Jameson Farn at 11:07 PM No comments:

Ski Holidays In The French Alps 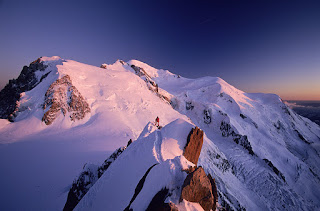 It’s that time of year again in the beautiful French Alps, time to hit the ski slopes with friends in this truly international travel destination in France.

Although the French Alps are known mostly for an array of winter activities such as skiing, snowboarding, it is actually the ideal year round nature playground where during the spring and summer months one can venture out on any number of hike and biking trails along with camping and mountain climbing.

The French Alps are the portions of the Alps mountain range that stand within France, located in the Auvergne-Rhône-Alpes and Provence-Alpes-Côte d'Azur regions. While some of the ranges of the French Alps are entirely in France, others, such as the Mont Blanc massif, are shared with Switzerland and Italy. 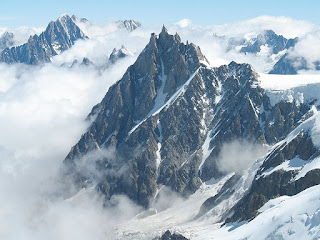 This area boasts some of the most magnificent scenery in Europe, with awe-inspiring mountains, with of course, the most famous sight being Mont Blanc, the highest mountain peak in the Alps. If you are looking to be inspired and entertained while getting the rest and relaxing you need, this is the place to be. 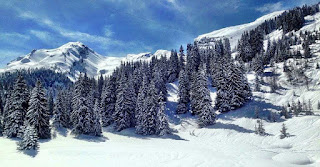 We have found over the years, the most popular locations for a ski holiday seem to be in Courchevel, Megeve, Chamonix, Meribel and Val d’Isere. Each seemingly with their own unique and memorable amenities depending on what you were interested in doing both day and night with friends.

Leisure and culture and definitely a draw to this part of the world, this is definitely where to the social scene is at the top of its game. 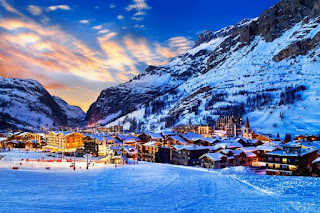 This is the prime time of year to be booking your holiday ski chalets, many have already been booked for any number of segmented times into the new year but we do have at least 76 stunning properties to suit any size requirements and most budgets and whatever we don’t have immediately available in our portfolio, other properties through our local business partnerships are just a phone call away.

Looking to meet some members of the LGBTQ community while on your ski holiday? Apps such as Grindr and Scruff are a great place to start along with other information to be found here: 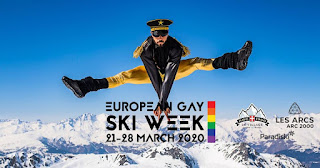 And don’t forget to book early to attend the European Ski Parties!

For all your apartment and chalet rental requirements in the French Alps, connect with us at: Info@experiencethefrenchriviera.com
Posted by Jameson Farn at 10:53 PM No comments: