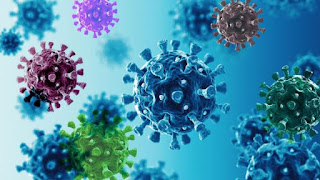 Although it never went away, it feels like it’s back with a vengeance, the Coronavirus situation continues here in the French Riviera along with the rest of France.

A third wave of the epidemic is sweeping much of France including the Alpes Maritimes. with Prime Minister Jean Castex announcing last night a new four-week confinement from Friday, March 19th at midnight for the Alpes-Maritimes, in the face of the progression of the Covid-19 epidemic. It also applies to fifteen other departments.

You could tell it was going to come back strong as the rules over summer seemed not as strict as usual with our numbers then spiking again in September, to the point that all cafes, bars and restaurants have been closed since October, along with museums and basically anywhere else in buildings where people can gather. 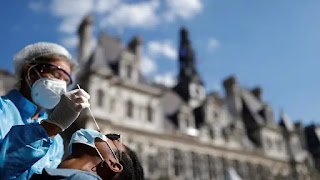 With the ski season not happening at all, it felt like no one was going to stay home during Christmas and New Year's, the amount of people sneaking across borders and then posting pics of their travels was crazy and continues to be and we are constantly being asked to help with possible loopholes to get into the country which we are refusing. Shortly after the holiday season our numbers in France started to hit high again in the new year and this was with a curfew that had already been in place for at least a month that we continue to have to adhere too.

Although now instead of 6pm to 6am where we are supposed to stay home, it will be moved to 7pm to 6am this weekend because of the days starting to be longer.

According to Jean Castex, there is confirmation that the epidemic is accelerating rapidly and we are in a third wave at a time when France is approaching 100,000 deaths. Us here in the French Riviera and a couple of other departments, except for Paris (which is surprising) have had the past few weekends as partial confinements but it has not been enough the stall the epidemic.

It probably didn’t help that when a lockdown weekend would approach, thousands traveled to other regions that didn’t have a lockdown situation and the news is stating today that after the announcement was made last night about a four-week lockdown, the trains to leave Paris became completely booked with those planning on leaving the city. 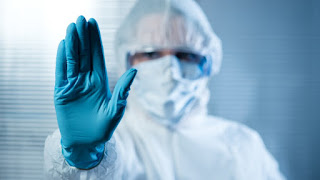 This lockdown though, after tonight, no one will be allowed to slip in and out of other regions without having the proper documentations stating why, such as moving or part of your work.

Stores and supermarkets that do not fit into the list of those “selling essential goods and services” will have to close during these 4 weeks of this new confinement.

The Prime Minister also specified that the areas of stores that are open selling non-essential products will no longer be accessible. One thing that was worrying with this new lockdown was if like the last one, we would only be allowed outside one hour a day for exercise and only within a 1km radius from home.

Thankfully that is not the case this time, you still have to fill out your attestation app to show you are going out for exercise but the time to do so is unlimited between curfew hours and you can go up to 10kms from home.

Which, in this beautiful part of the world, even to get 10km radius gives you plenty of outdoor options and everything that comes with it, so this will be better for the mental health of individuals out there. 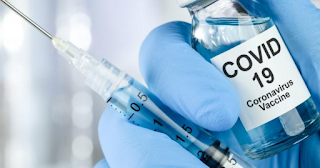 Vaccinations with Astrazeneca will also resume immediately as the European regulator has judged this vaccine “safe and effective”.

Goals are to have vaccinated, by mid-April, at least 10 million people, all over 75 years and, among people over 50 years, those who present extra risk factors.

The objective is also to have vaccinated by mid-May at least 20 million people, or the entire volunteer population over 50 and by mid-June, 30 million people.

There are so many theories behind this new lockdown, many of us here are thinking this will be one last hard push before summer. Tourism is such a huge market in France and you could tell last summer some borders shouldn’t have opened when they did but it seemed done to get some movement in the economy.

So please everyone, if our border opens to your country, stick with the local rules governed for not only your safety but others if you are visiting.

With more people vaccinated, more people following rules, eventually we will all get there. The local LGBTQ community has been very supportive of each other and look forward to getting back to normal life again, in whatever capacity that might be.

Posted by Jameson Farn at 4:12 PM No comments: