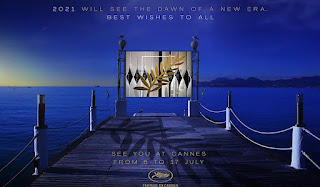 The Cannes Film Festival makes its return this year for its 74th edition, from July 6th to 17th after the Covid-19 pandemic put a pause on the world's leading film festival for its 2020 edition.

An extensive list of past Palme d'Or winners and art house favorites are set to return to the seaside city of Cannes as organizers announced the official selections for the competition on Thursday. 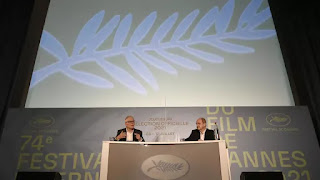 Among the 24 directors whose films are heading to the Cote d'Azur is Sean Penn for his new film "Flag Day", Italy's Nanni Moretti with "Tri Piani" and France's Jacques Audiard with "Les Oympiades".

They will be joined by three big influential directors that had already been announced: Wes Anderson for "The French Dispatch", Paul Verhoeven for "Benedetta" and Leos Carax for "Annette".

"Annette" is the first film in a decade from French arthouse darling Carax and his first in English. It stars Adam Driver and Marion Cotillard as a celebrity couple awaiting a mysterious child.

Dutch filmmaker Verhoeven – who has often married art and salaciousness with movies like "Basic Instinct", "Showgirls" and "Elle" – is being recognized for his latest offering "Benedetta", about a lesbian nun in a 17th-century Italian convent. 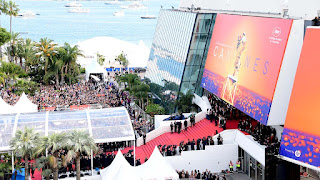 Normally the Cannes Film Festival takes place in the month of May but this year the festival was postponed until early July. France will have lifted the evening Covid-19 curfew by then, although travelers from specific locations may still face quarantine measures, including those from Britain although things appear to be on the positive side.

Festival director Thierry Frémaux stated there will be the usual parties and dinners as well as events to give holidaymakers on the Cote d’Azur a chance to enjoy the event, such as screenings on the beach.

Covid-19 precautions will still be in force, however. “We won’t be kissing at the top of the [red carpet] steps,” Frémaux said. 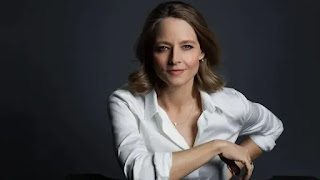 Oscar-winner Jodie Foster, who first walked the red carpet at Cannes as a 13-year-old when she starred in “Taxi Driver”, will be presented with an honorary Palme d’Or.

One silver lining from the disruption of the past year has been a backlog of cinematic gold that gave organizers some 2,000 films to wade through as they made their selection for the 74th edition.

Another past Palme d'Or winner returning to the Croisette is Thailand's Apichatpong Weerasethakul with his first English-language film "Memoria", starring Tilda Swinton.

Iran's two-time Oscar-winner Asghar Farhadi will also return with "A Hero" while Russia's renowned director Kirill Serebrennikov – who has lately faced significant pressure from authorities – will be in competition with "Petrov's Flu". 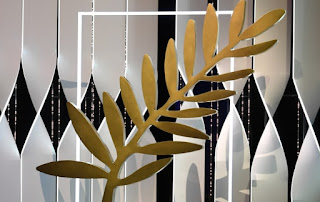 Here are the 24 films competing for the prestigious Palme d'Or prize, to be awarded by a jury headed by US director Spike Lee.

- "The French Dispatch" by Wes Anderson, US

- "A Hero" by Asghar Farhadi, Iran

- "Les Intranquilles" (The Restless Ones) by Joachim Lafosse, Belgium

- "The Worst Person in the World" by Joachim Trier, Norway

- "Compartment No 6" by Juho Kuosmanen, Finland

- "The Story of My Wife" by Ildiko Enyedi, Hungary 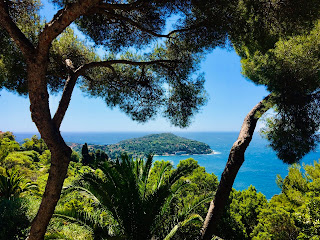 Well, it’s looking like things are finally getting back to some sense of normalcy, almost.

As of May 19, 2021, the curfew in France was moved from 6 pm to 9 pm with restaurants and cafes being allowed to open their terraces at 50% capacity.

As of this evening, June 8, 2021, the curfew gets moved from 9 pm to 11 pm, although those out between 11 pm and 6 am will still need an attestation filled out citing an essential reason for being outside.

More welcoming changes include the reopening of indoor seating in restaurants and cafés. Customers will now be welcomed back inside, albeit with a 50% percent limit on capacity and a six-person maximum per table. Customers must, however, provide contact details in order to take advantage of indoor seating, with many cafés offering a scannable QR option to make the process simple.

Rules on terraces will also change, allowing establishments with outdoor space to operate at full capacity, though the six-person per table restriction will still be in effect.

There will also be the introduction of the travel ‘traffic light’ system that also goes into effect on June 9th. This program entails a green, orange and red list of countries who are allowed into France under differing criteria based on the current health situations in their nations. 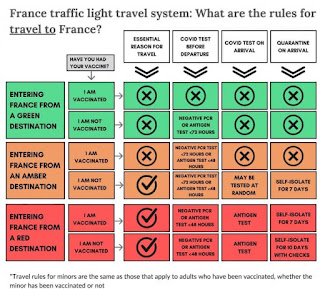 Also, to begin with, are the health passports. Already operational via the TousAntiCovid app, users can scan vaccination certificates or recent negative Covid tests from the My Wallet section. From June 9th, this will be an entry requirement for certain large events, such as concerts and sports matches.

With the advent of the health passport, events of up to 5,000 will also be allowed once more, subject to rules regarding social distancing and the usual protections.

Tourist sites, cinemas, shops, and museums will also be able to welcome the public back with an increased capacity. Theatres and cinemas can have up to 65% normal capacity, with a maximum of 1,000 patrons, or 5,000 with a health passport.

Guests at weddings and civil ceremonies are limited to 50% venue capacity and funerals can have up to 75 attendees. Currently, nightclubs will remain closed but there is talk of them opening possibly around July 1st, so fingers crossed there.

Also, some gay saunas are slowly up again in places like Marseille but I'll keep you updated on other locations as time moves on.


Gatherings of more than 10 people in public spaces are still discouraged, and masks are still mandatory in public indoor spaces, with a risk of a €135 fine for non-compliance. Check your local listings on rules as most cities are also still requiring masks in outdoor public spaces as well.