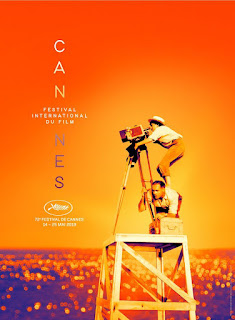 Earlier today in Cannes, the 72nd annual film festival poster was unveiled which pays tribute to the late director Agnes Varda who passed away last month at the age of 90.


The poster shows Varda, aged 26, standing on the shoulders of a technician, shooting her first film La Pointe Courte in 1954. The film would screen at the Cannes Film Festival the following year.
Thirteen of Varda’s films were showcased in Official Selection at Cannes over the years. She was a jury member in 2005, president of the Caméra d’Or jury in 2013 and received an honorary Palme d’Or in 2015. 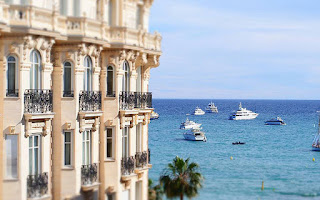 In a statement from the film festival organizers, “Avant-garde but popular, intimate yet universal, her films have led the way,” said the festival. ”And so, perched high on this pyramid, surveying the beach at Cannes, young and eternal, Agnès Varda will be the inspirational guiding light of this 72nd edition of the Festival.” 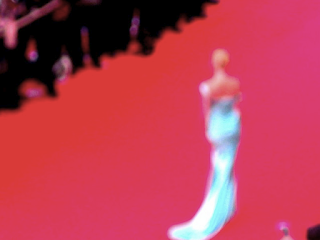 There is a definite buzz this time of year in the French Riviera surrounding the upcoming 72nd Cannes Film Festival that takes place May 14 to May 25, 2019.
Although preparations have been going on for months, you can still sense an awakening in the springtime air with those in the business community getting everything prepared for when this part of France goes up on the world stage.

The Official Selection of the Cannes Film Festival will be unveiled this Thursday (April 18).
Posted by Jameson Farn at 6:36 PM No comments: