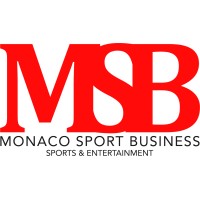 The world of sports and especially entertainment are certainly not regulated to only those in the heterosexual world to enjoy.

With that in mind, on behalf of my company, Experience The French Riviera, we have recently partnered with Monaco Sports Business, situated right in the heart of Monte-Carlo, who are able to provide you and your guests with the most unique and memorable opportunities imaginable. Monaco Sport Business was founded around a passion for all kinds of sports and includes a long list of codes and values in all their team efforts.

Many of our global clients are eager to experience everything that the Principality has to offer in terms of not only luxury but in sports and entertainment as well, and that goes for everyone under the LGBTQ rainbow. 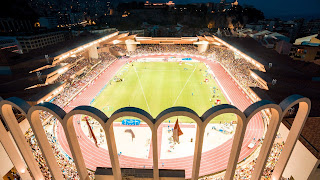 Interested in tickets to watch the famous Monaco Grand Prix? They can take care of that for you, along with a wide range of options such as private invites to spectacular parties, AS Monaco Football matches, restaurant bookings, golf excursions, the Rolex Monte-Carlo Tennis Masters, and much more! 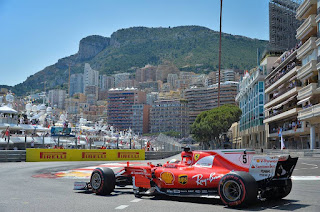 Whether on your own, with friends and family, or as a corporate event, if you have an idea of what you would like to do in Monaco, this is the company with the direct contracts to make it happen. Looking to host a special private event in the Principality or showcase your corporation? Monaco Sport Business can take care of all your requirements.

Connect with us for the best sport and event deals possible in Monaco!
Posted by Jameson Farn at 1:25 PM No comments:

Villefranche-sur-Mer: The Next LGBTQ Destination? 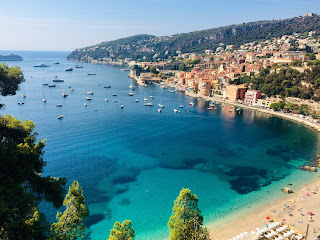 Seemingly unspoken about until a week ago. At a recent gathering with friends who all live in or have second homes in Villefranche-sur-Mer, we found it intriguing how many people in the LGBTQ community of all ages have decided to consider the town their home.

There is undoubtedly no question why one would want to do so; the area’s natural beauty with its breathtaking panoramic sea views towards the Saint Jean Cap Ferrat peninsula is enough reason. 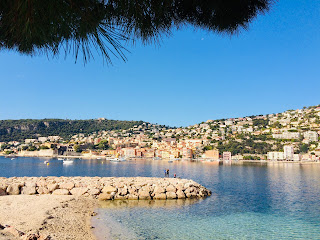 We found it fascinating how many couples or single people we knew of from the LGBTQ community are in or want to move to the area during the discussion.

After all, there are no gay nightclubs, bars, or shops specific to the community, but beyond that, it seems to offer so much more. A laid-back lifestyle, a small-town feel, the locals are friendly, curious, and approachable, numerous amenities are within walking distance, and a true feeling that you are in the actual Cote d’Azur because of its architecture and history. 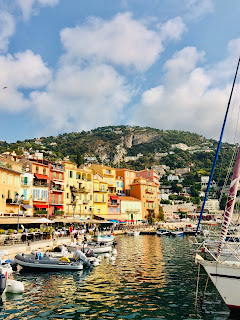 Villefranche-sur-Mer is ideally located between Nice and Monaco, if one wanted to visit either of those locations, it only takes minutes by car, or is just as convenient by frequent trains and buses. Hence, it’s not like you’d ever miss out on anything.

For the size of Villefranche-sur-Mer (population around 5000 but at least double that during the summer months), it possesses a cultural melting pot of nationalities by the people you might see or meet on the streets and beaches, and even amongst the wide selection of restaurants to suit everyone’s tastes. 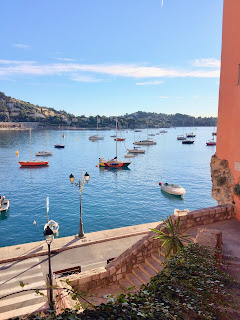 In speaking with people that chose to live in Villefranche-sur-Mer, either full or part-time, the main reason seems to be the same, the quality of life away from the hustle of a city.

Yet, if one wants to, a quick Uber ride will get you safely and cheaply to the center of Nice amongst all the LGBTQ attractions such as the nightclubs and bars. And Monte-Carlo is also just minutes away if you want to do some luxury shopping.

There is a sense of calm in Villefranche-sur-Mer. This place offers you the chance to slow down and reflect while also enabling many inspirational ideas for any possible plans in your life. 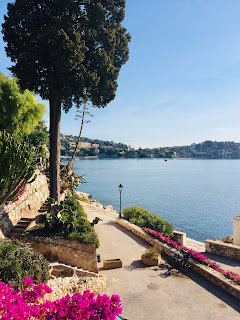 Being in the luxury real estate and rental business means I have to be observant of any shifts and changes for clients. And even well before the pandemic hit, Villefranche-sur-Mer has always been a top vacation travel destination, no matter your sexual preference.

As for real estate, whether as an investment or a second home, the requests come in weekly for everything from studios to high-end luxury villas in the hills.

Many close friends who have purchased a property in Villefranche-sur-Mer have mentioned they felt they got more for the money, just in views alone, over being in the center of a busy city. Those that have come here for a holiday for the first time never want to leave and speak fondly of Villefranche-sur-Mer from their memories and experiences of the place and return as often as they can. 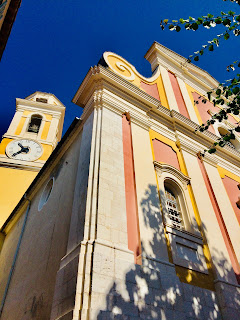 It almost feels like you can’t go two blocks now without knowing someone in the LGBTQ community with an apartment or villa in any neighborhood, so a change is taking place, quietly but definitely…

Having explored the area extensively over the years, no matter the time of day or night there is always something to see and do, and it is incredibly safe throughout the year.

If you want to discover “the life,” as the locals in the French Riviera fondly refer to the region, Villefranche-sur-Mer is the place to be
Posted by Jameson Farn at 4:16 PM No comments: 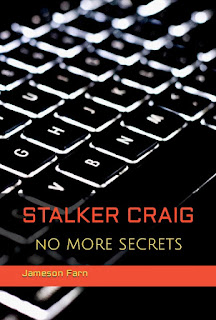 To pull away from the LGBTQ lifestyle in the Cote d’Azur for a moment, I wanted to let my readers know I’ve recently published a book titled “Stalker Craig.”

In this crazy worldwide internet web of life, I’m sure I’m not the only one who has been trolled or possibly cyberstalked online, so I wanted to present my experience, hoping that others can learn from it. 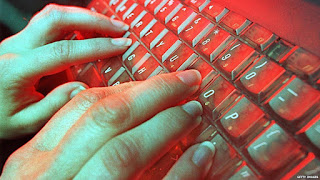 Stalker Craig is a true tell-all account of a friendship that went wrong over a slight disagreement and of how a former friend then started targeting me with ongoing online harassment and death threats over the years.

It’s a story of a trusting friendship that turned into a campaign of hate and jealousy by pursuing online antics weaved by the perpetrator in his unrelenting attacks.

The book details how he began his attacks and the various escalating steps and abuse he continues to take in an attempt to break me down mentally to the point of depression and thoughts of suicide. 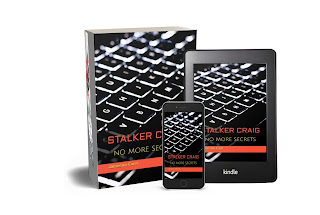 The book, Stalker Craig, indicates the lengths an individual will go to when his online harassment has not resulted in the satisfaction he desires to raise the levels of hate against you and your loved ones.

As though the daily harassment isn’t enough to deal with over the years, the stalker then twists any updated information he thinks has about you, those around you, and your businesses to what he thinks is his benefit to ruin your life. When any recent information runs out for Stalker Craig, he will come up with the most unbelievable stories online to provoke and possibly damage your reputation with rumors of outrageous sexual acts, fraud, diseases, and even murder for you and those closest to you to read.

The book’s timeline states how it all began to its now astonishing levels of absurdity with continuous complaints made throughout the years for the files set up with numerous police departments, law firms, and court orders to try and make him stop. 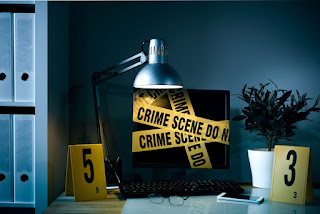 The never-ending fear one feels when you need to watch your back worried the stalker might show up and possibly kill you due to the anger he consistently expresses. Or that he will go after someone you love and care about more aggressively.

Stalker Craig describes what most don’t consider when being consistently attacked online. The endless hours it takes to screenshot, save and file all the evidence while you continue to map out and verify his attacks. The time and effort it takes to try and have the defamatory posts and comments removed through the myriad of fake social media accounts he has made up to then also give to the police and legal team.

Over time, the toll it takes on the victim, mental health issues, privacy and trust concerns, the continued breakdown, and shattering of your self-confidence, leading to depression. 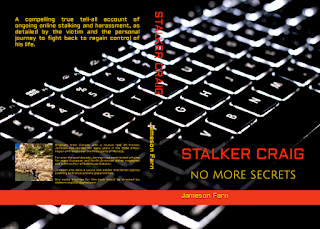 Stalker Craig is a diary of how the victim has continued to deal with the situation of abuse and safety concerns when you’ve done everything you are supposed to for it to end. And when none of the harassment has stopped, to save oneself, it gets to the point that this is enough and, under the guidance of lawyers and police, leads to a more drastic, strategic step in hopes of regaining control of your life.

Stalker Craig can be found on Amazon and with many other online retailers.
Posted by Jameson Farn at 12:40 PM No comments: