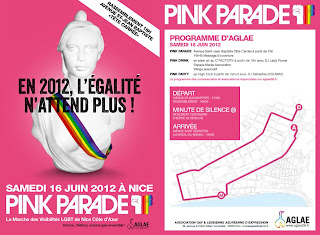 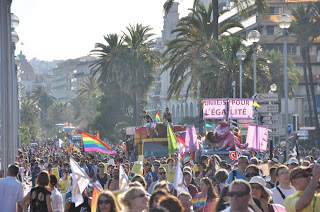 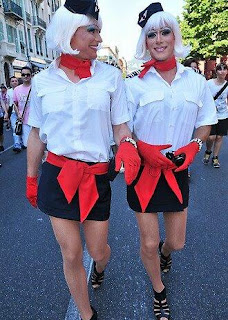 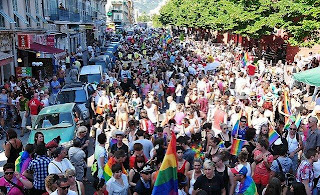 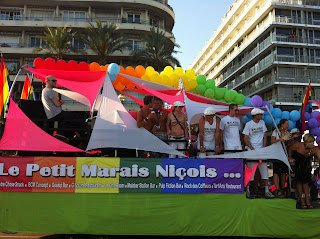 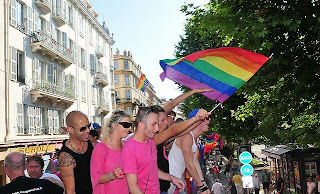 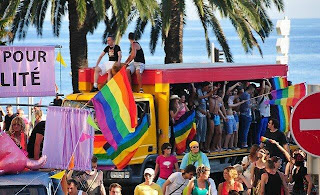 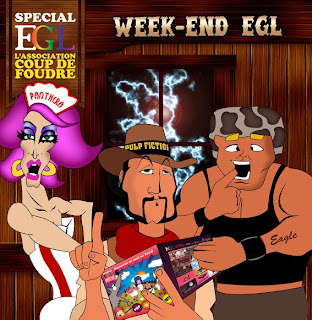 By all accounts, it sounds like the whole weekend was a great success!  Everyone should be very proud!
Posted by Jameson Farn at 7:09 AM No comments:

If you are in Nice and happen to be walking in the area between Place Garibaldi and the port, you will likely stumble upon a business painted a striking yet gorgeous shade of red with matching awnings by the name of Gossip Bar. 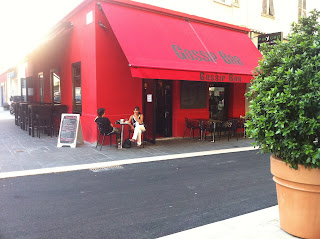 Gossip Bar is a very gay-friendly establishment located in the heart of the ever popular "le petit Marais" district of Nice at: 7 rue Bonaparte

Actually, it should be noted that the owners of Gossip Bar are the ones who came up with calling the area, "le petit Marais".  It started as a private joke, which eventually ended up in newspapers, locally first, then national and now international. 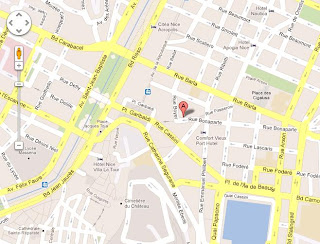 Gossip Bar really stands out, every time I am in the area I cannot help but to be drawn to it.  One of the many things I like about Gossip Bar is if I’m looking for a place to take a break from my venturing around during the day, I can just relax and have a drink at one of their sidewalk tables and am still able to people watch.  But the difference here is I am watching the locals go about their day as the area doesn’t seem to be overrun with tourists which can be a welcome change.

During the evening Gossip Bar is very much alive.  Not only is it intimately lit inside and its interiors infused with even more touches of red here and there, but the space seems to cast off a wonderful glow that illuminates out on to the street where people also continue to socialize on a beautiful night. 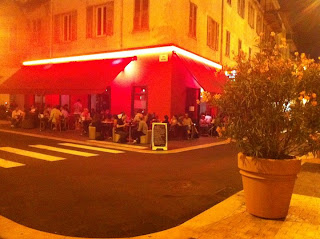 Friends and I have stopped by to take part in the vibrant atmosphere, usually on a whim for drinks and a bite to eat and have ended up staying until closing.  Here we know we will get great service from an exceptional and well trained staff, and there is so much to choose from on the delicious and varied menu, along with the drinks that are nothing short of spectacular!  I’m not one to drink mojito’s but their special mojito’s are out of this world! 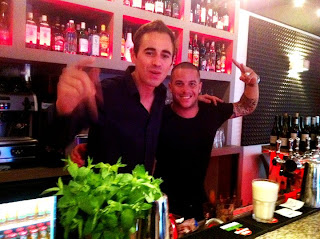 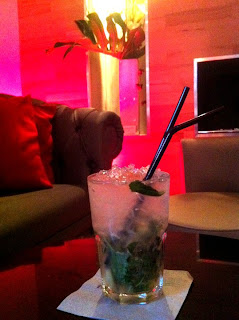 Gossip Bar is full of life yet it is also one of those places where you could go with someone special.  Just find a cozy corner in which to have a wonderful dinner or choose to get to know the people at the tables around you and enjoy the evening together making new friends. 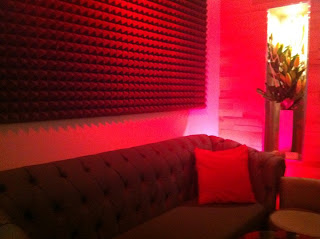 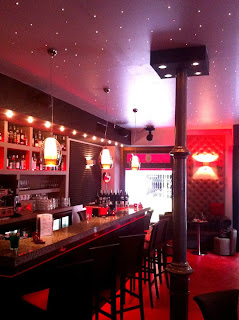 Another thing I like about Gossip Bar is how it is truly supported by the locals, it is not unusual to see other recognizable LGBT business owners in the community having something to eat, drink and perhaps sharing a laugh with a friend.

Gossip Bar is open seven days a week from morning until late at night.   It’s that popular, it’s that good, and it’s that much fun!