One of the many things I love about Nice, besides the city in general, is how much the LGBT community truly looks out for one another.

I have never been in a city where LGBT people and their businesses give each other such mutual credit, guidance, respect and support in any way they can.

So it makes me very happy to let you know that the new LGBT Community Center for the Cote d'Azur is having it's official inaugural opening on Monday, May 16, 2011!

I'm sure the community center was no easy task to bring together, but they should be very proud of this accomplishment and for what it holds for the future of the community! 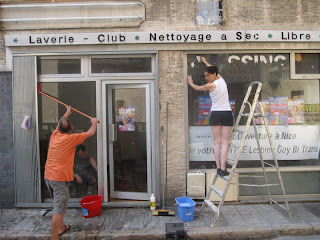 - Conduct itself as a local identity open to everyone.

- Be a House of Associations for member associations such as the AGLAE.

- Provide a warm welcome, information, guidance and support of the public.

- Take action to prevent STIs, the fight against AIDS, and to support people living with HIV/AIDS. 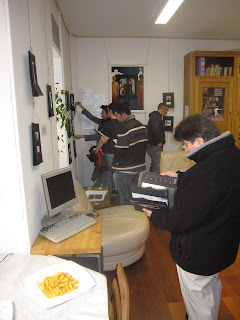 From what I understand, they will also provide information on civil and legal actions, host seminars, and provide other information on various events happening in and around the city of Nice and the whole of the French Riviera. 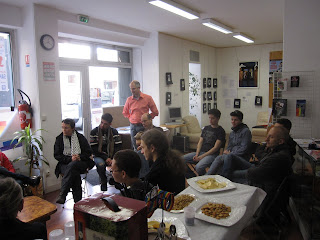 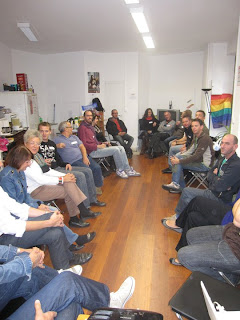 The inauguration of the LGBT Community Center will start at 7pm, Monday, May 16, 2011 and will be attended by the Mayor of Nice, Christian Estrosi, along with various local performers and artists.

You will find the LGBT Community Center is located close to the tramline.
If you are taking the tram, step off at Garibaldi Station, walk in the opposite direction from Place Garibaldi but stay on avenue de la Republique for about 3 blocks until you see rue de Roquebilliere on your right.  Turn on to that street itself, and a few steps later you will arrive at: 123 rue de Roquebilliere, on your right hand side. 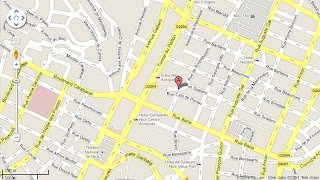 Members of the LGBT Community Center are currently looking for more volunteers to help provide various support needs within the facility, be seminar hosts, etc.  The community and volunteers should be applauded for all their hard work and efforts.

From everything I have been hearing, things went very well Monday evening for the official inauguration of the new LGBT Community Center.
There were upwards of 300 people in attendance and everyone had a great time!

I realize this update should have been done far earlier but I just wanted to add that I was finally able to make my first visit to the new LGBT Community Center this past September 2011.

One afternoon before going to the beach I thought I would stop in, not sure what to expect but hoping I could get some information and perhaps a tour of the center. 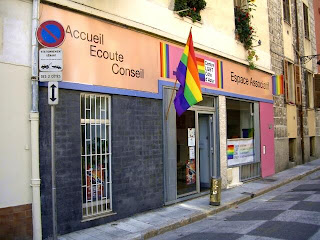 Walking into the center I was greeted by two very charming and welcoming volunteers who were chatting and having coffee.  One of them even brought some home made cookies for themselves and whoever happened to stop in that day.

They were full of smiles and very enthusiastic to show me the new community center and tell me more about themselves.  We all seemed to hit it off, I had arrived thinking I would be there maybe 10-15 minutes; I ended up being there for easily an hour. 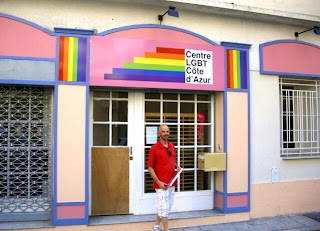 The LGBT Community Center is set up perfectly!  There are a couple of lounging areas, a corner with a small kitchen, and a public computer area. 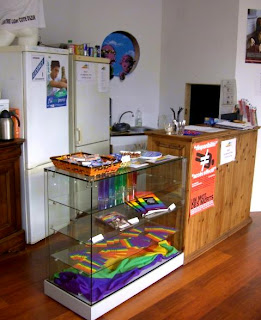 They had lots of informative brochures and maps, not only about the nightclubs and tourist things to do in the city, but also about AIDS prevention, housing information and agendas for various LGBT meetings that are held at the center, along with various associations one could join. 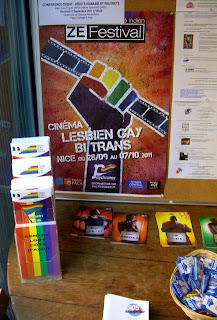 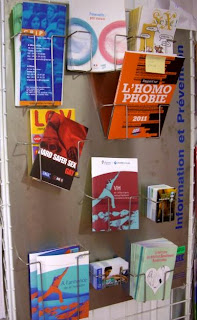 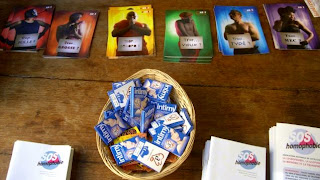 They were also in the process of setting up some office space and they even had a small boardroom with a painting on the wall done by the artist, Patrick Moya. 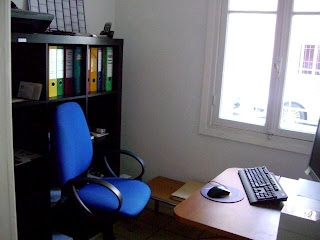 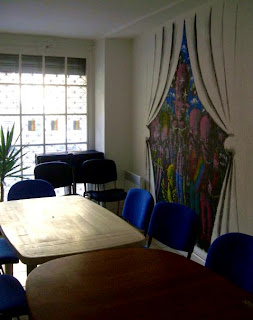 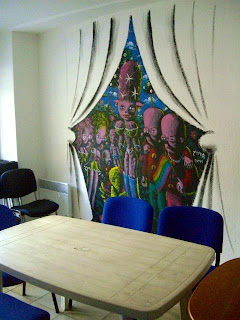 I was very impressed and so happy this is part of the French Riviera!

I seriously suggest that if this is your first time in Nice, make this one of your first visits in the city.  There is so much information to be found at the LGTB Community Center, it will certainly help guide you towards a better trip and I’m sure you won’t meet a friendlier bunch of people.
Posted by Jameson Farn at 1:19 AM