To me, just landing or departing from Nice’s airport is a visually beautiful experience. 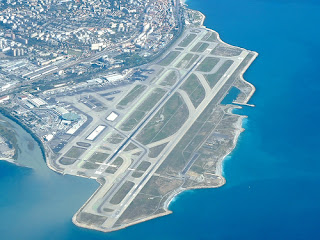 Depending on where you are flying from, each route arriving into Nice is simply stunning to view.

I always try my best to get a window seat and even try to find out ahead of time which route we may be arriving from, whether that be from the Cannes approach or by way of flying over Monaco and past Saint Jean Cap Ferrat before landing in Nice so I know which side of the plane to try and book a seat.

You’ll know it’s me on the plane as I’m the one with my face glued to the window trying to get a look at every inch of the Cote d’Azur that I can see.

Departing from the airport is just as thrilling to me.  Taking off and flying out over the beaches and then heading out above the deep blue, Mediterranean Sea, to then usually turning back again to fly directly over France if I’m heading to Paris.  I love it!

The runways of Nice’s airport are built on reclaimed land on what feels like the edge of Nice jutting out on to the sea.  So coming or going from the airport is really quite something. 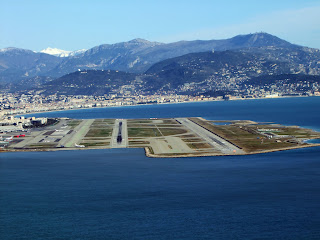 Nice’s airport consists of two terminals.  Terminal One is for International flights and Terminal Two is for European and internal French Flights.  A flight time from Paris to Nice is only about an hour long and not really that expensive when you compare it to North American internal flights.  So is it any wonder the South of France is such a great travel destination?

Both terminals are easy enough to navigate and contain what you would find in most airports, a variety of tourist shops, food courts, currency exchanges and even a good selection of smaller, high end boutiques. 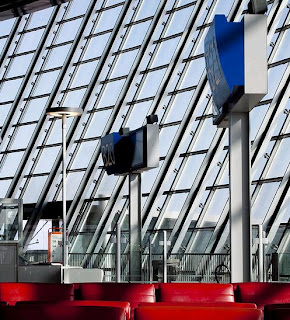 There are free, clearly marked shuttle buses at the airport that will take you from one terminal to the other and they run quite frequently. 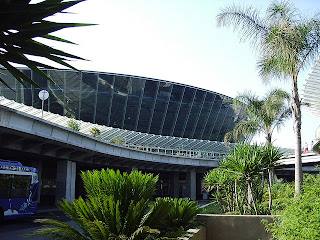 If I am flying from North America to Nice, depending on how tired I am from my trip, I may choose to take a taxi of which there are many out front of the airport.

In my past experiences, a taxi from the airport, down the Promenade des Anglais (along the sea) to Le Meridien Hotel has cost me anywhere from 25-35 euros.  The taxi drivers have always been very professional and didn’t treat me like some lost tourist, the taxi itself was usually a luxury car and very clean.

I have found the taxi drivers to be safe and personable and they have taken me to where I wanted to go without hassle.  Needless to say I tip them very well, it’s encouraged if you have had a good trip, as it is not included in the ride. 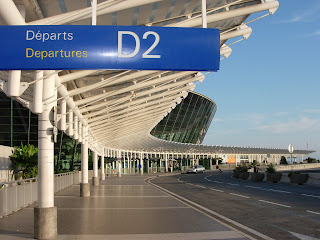 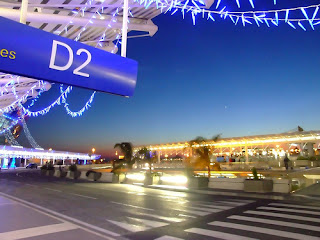 You can also take a city bus from the airport which leaves at Terminal One.  It is the #98 bus, costs 6 euros and the main route it takes is along the Promenade des Anglais where it will stop at each bus stop along the way.  It may even be a good idea to let the driver know which area or stop you are looking for when you get on the bus.

If you are heading to the airport along the Promenade des Anglais, a good rule is to wave the #98 bus down if you are waiting at a stop.  You can also check the bus schedules at stops but they usually run approximately every 20 minutes.

Overall, I have found both airport terminals and the transportation services related to the airport convenient and easy to use.

It was announced in January 2012 that a new airport terminal will be built west of Terminal Two and will be used exclusively for low cost airlines.  This is to encourage more flight destinations and low cost airlines to reduce turnaround times. 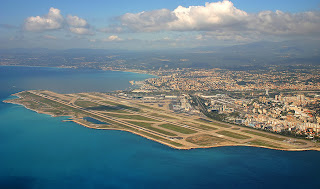 nice article has been shared.the taxi drivers have to be quite professional in order to reach at the dersired time
Toronto Airport Taxi

amazing peace of services actually your posted services are very useful. The need of transportation companies is become greater after every passing day. Thanks to you very much for sharing these services with us.
Toronto airport taxi

Astonishing pictures these are! The blog is also very informative to me.
Airport Taxi Toronto

Thank you. I have been meaning to do an update as it was just announced that there will be another terminal added to the airport.

Most beautiful airport of France what a great view for the flight passengers...

This is reflecting a great piece of work. The pics of Airport are really wonderful to see. Great work!
Toronto Airport Taxi

It must be amazing to fly into this airport... waterviews everywhere. Great article!

You can get information on Nice airport from this post

bus from kl to penang said...

I enjoyed reading it. I need to read more on this topic...I admiring time and effort you put in your blog, because it is obviously one great place where I can find lot of useful info..