A Revamp for the Cafe de Paris in Monte-Carlo Monaco! 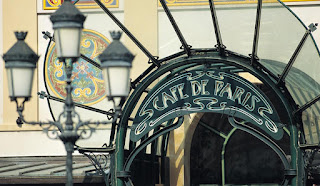 For those familiar with the famous Cafe de Paris in Monte-Carlo, you will well know that it is a major hotspot for those of us into people watching and the spotting of luxury cars as they pass by the legendary Casino de Monte-Carlo and Hôtel De Paris Monte-Carlo in Monaco. 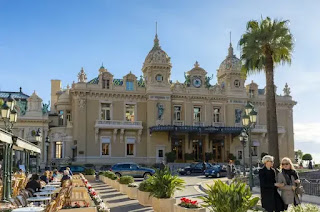 Last week, a press conference was held at the Hotel Hermitage with deputy chairman of SBM Jean-Luc Biamonti noting a future reveal a spectacular project, although still somewhat under wraps, that would launch Cafe de Paris as a beacon hopefully leading us even more out of the “Covid era”, just in a slightly more dramatic fashion given the glamorous history of Monaco.

The exciting news, the Cafe de Paris is about to be completely revamped, though of course likely retaining much of its historical components.

The Cafe de Paris as many knows, is strategically located in Monaco and sits on a number of hidden gems that the new architectural plans will reveal as part of a splendid enhanced future for the icon. 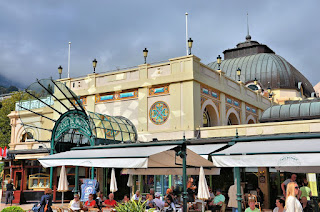 Reportedly there will not just be the one brewing and dining facility but two new food premises. On the first floor of the current building, the terrace will be generously enlarged and enhanced to offer a panoramic view of the Place du Casino, which possibly means an even better opportunity for people watching and the chance to relax in even more beautiful surroundings.

The rear of the building, currently not frequented by customers at all, will offer shops with famous brands which means more shopping choices across from the likes of Chanel and Versace. The terraces will offer a splendid view of the garden bordered by Avenue des Spélugues, which is a true green space with spectacular potential. And the basement of the Café de Paris will be also redesigned, completing the overhaul.

The project, which has already been a year in the making at the planning stages, due to the size of this undertaking, with all the spaces being renovated at the same time, it has been suggested that it is going to take at least a year of work during which the Cafe de Paris will be closed.

The reported estimate of the newly revamped Cafe de Paris reopening is for June 2023 after 10 to 12 months of renovation, with the building permit is expected to be ready within approximately a month.