From the moment you walk into Le Six you’ll feel like you have found a hidden gem in Vieux Nice.  As a more intimate-sized lounge, Le Six's personality seems to extend beyond it's physical confines. 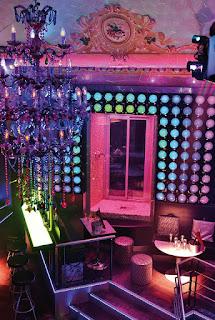 To find Le Six, head towards Vieux Nice (Old Town).  If you are near Place Masséna, walk towards the main fountain that has the newly replaced statue of Apollo in the center of it at the edge of Vieux Nice.  Walk behind the fountain and down the stairs towards Le Chateau, in the opposite direction of where Le Meridien is located. You should now be on rue Alexandre Mari.  Walk about two blocks until you are at the cross street, rue Raoul Bosio.  Turn right towards the sea, and you will find Le Six on that block at: 6 rue Raoul Bosio. 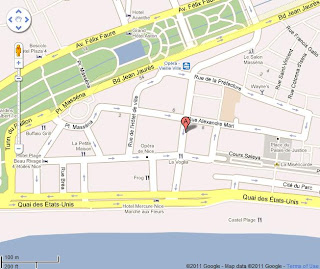 Le Six is marketed as a gay-friendly club/lounge with the feel of being an intimate high end private club, just without the private club fees.  The clientele is predominately gay but everyone is more than allowed to join in the fun. 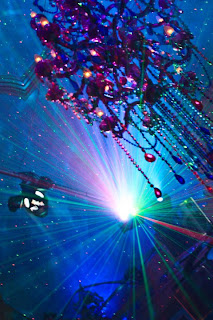 Once you step inside you’ll notice the club has a high-tech, metal-type decor gently mixed with the building’s original beauty and character.  Contrasted with the ornate ceiling, it seems to work style-wise. 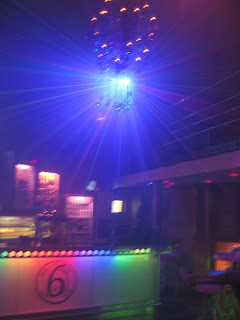 Immediately to your right is the main bar and surrounding most of the rest of the space are the different lounge areas. 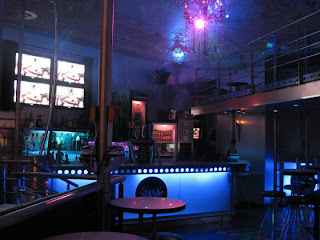 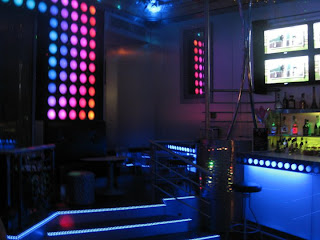 But what really stands out is the impressive shower power room, where you will be witness to a variety of sexy dancers getting soaked, soapy and slowly stripping it off for your viewing pleasure. 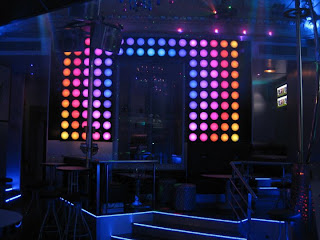 Its one of the reasons I call this place a gem: you can see a lot from virtually any vantage point in the room.  And at it's busiest times, expect to be up close and tight with the other patrons, it's a quick way to make new friends. 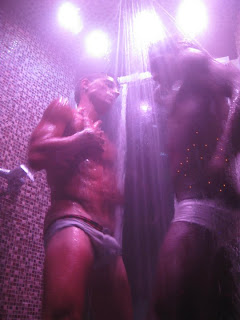 If you wanted an even better view of the action, climb the stainless-steel ladders to the above loft, where plenty of guys go to dance, watch the crowd below, and get yet another view of the shower power show taking place. 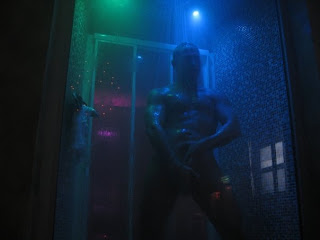 Drinks are reasonably priced and the staff are sweet and flirtatious.  Le Six’s hours of operation are Tuesday to Sunday from 10pm-2am, some nights until 5am.
You’re in the French Riviera, live a little. 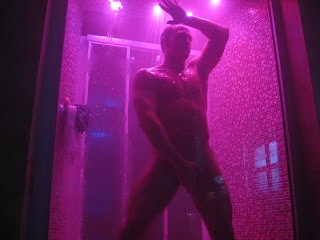 Le Six is a fun place to go if you want to set your night off before hitting the bigger clubs.  It’s also one of those places where you could decide to just stay all night and never feel like you’re missing out on anything despite the abundance of other venues in the city.

Le Six gets packed quickly and judging from all the eye candy, that makes it very hard to leave. 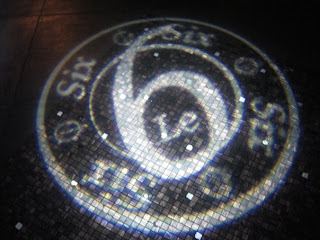